Our top 5 picks from this year's Super Bowl commercials.

Our top 5 picks from this year's Super Bowl commercials.

The Patriots may have been the winners of this year’s Super Bowl, but we all knew they were going to win anyway. So don’t kid yourself, we all know the real reason you tuned in. Here’s our list of the real winners of Super Bowl LI: the commercials.

Google took a sentimental approach to the Super Bowl, featuring a variety of people, from all different walks of life, coming home to their Google Home. The twist? The Google Homes at home wanted to join in on the fun. Sitting by the TV sets of everyone watching the Super Bowl at home, Google Homes heard their names being called and began piping up.

While this was not necessarily the intention of the commercial, imagine the excitement if a TV commercial could activate your Google Home to respond with exclusive Super Bowl-related content (or really anything besides, “Sorry, I didn’t catch that”).

This year Budweiser threw away the cute puppies and gallant clydesdales to take a different approach to their marketing. This year, they decided to tell the story of one half of the Anheuser Busch duo, Adolphus Busch. In the commercial, we follow a young, attractive German immigrant on his journey from Germany to America as he pursues his American dream to create the perfect beer.

Sorry ladies, Adolphus looked something a bit more like this. 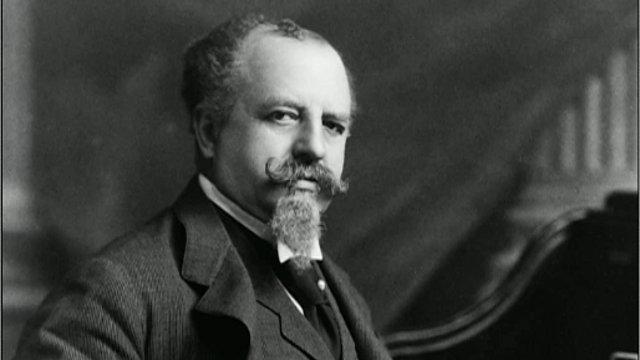 Perhaps the greatest success of this commercial, however, was the #boycottBudweiser campaign it inspired. The hashtag backfired when people took to Twitter, vowing they would buy more Budweiser beers just to spite the boycott. That’s what you call a #winforBudweiser.

84 Lumber was another brand to join the many politically-potent commercials which aired at the Super Bowl. In its Super Bowl debut, the commercial told the story of a woman and her daughter as they journey from Mexico to the US.

The commercial was so controversial that its ending was banned from being shown on TV. Instead of showing the ending on TV, the commercial ended with a request to “complete the journey” on their website. This ended up being a blessing in disguise for 84 Lumber. In turn, they received so much traffic to their website that it crashed shortly after the commercial aired.

While the commercial stirred up some controversy, it became the most talked-about commercial to air this year. Not bad for a newbie.

This illuminati-inspired commercial was a surprisingly nice break from the more serious politically-packed spots. Filled with witty one-liners and clever banter about a secret society that can’t keep a secret, this avocado commercial was a clear winner in our sportsbook.

If you watch until the end, suddenly that strange teaser video, which they released 2 weeks prior, makes sense. And suddenly, you’ll also have your face covered in guacamole.

Perhaps the biggest winner of the night was Hyundai, who performed the feat of pulling off the very first commercial filmed live during the Super Bowl. While all the other commercials spent months putting their commercials together, Hyundai spent a couple of hours.

Hyundai teamed up with Ozo to allow deployed soldiers to virtually watch the game alongside their family members. As the family members attended the Super Bowl in Houston, Texas, sitting next to a 360 camera, the soldiers sat in a large room in Zagan, Poland, where they watched the game in 360, as if they were sitting right next to their family.

Even more than the fact that this was shot live (and we can’t emphasize this fact enough), what made this commercial emotionally potent was the way it virtually connected family members across the globe. The impact of this commercial just goes to show the power virtual reality has to connect people, even from different sides of the world. And on the day when families across America gather together to watch the big game, this commercial becomes all the more poignant.

Back to All Articles